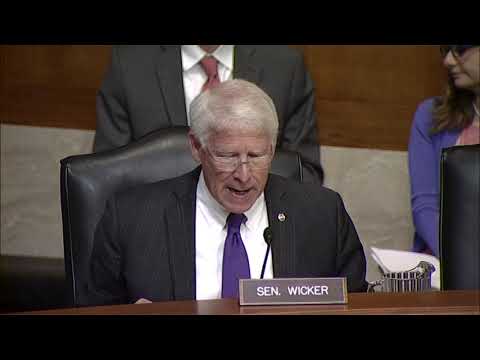 Watch as U.S. Senator Roger Wicker, R-Miss., raise concerns with a recent U.S. Army Corps of Engineers decision to deny a request to extend a Regional General Permit (RGP) for the Jackson County Airport. The permit had been in effect since 2005 and allowed for for aviation-related development on a 300-acres site near the Trent Lott International Airport.